Investment Flooding in for NFT Businesses as Valuations Soar

Dapper Labs, the Canadian start-up behind the massively successful NBA Top Shot, an NFT marketplace specialising in basketball trading cards, slam-dunked their latest funding round at $250 million at a company valuation of $7.6 billion. By way of comparison, back in March of this year, the company was valued at $2.6 billion and raised $305 million. The funds come from both existing and new investors, including the likes of Michael Jordan, Mary Meeker and Coinbase backer, Andreessen Horowitz. 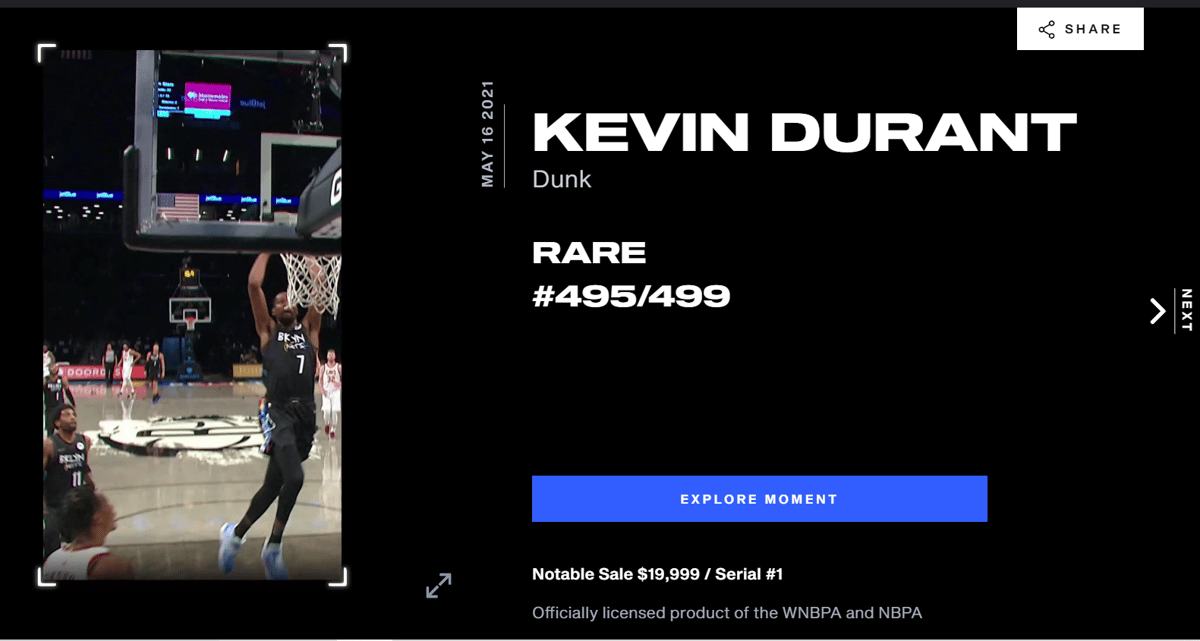 Playing from the Same Playbook?

While their current offerings are niche, an interesting twist is that both companies CEOs have expressed they’re looking beyond their existing specialities.

“We want to bring the same magic to other sports leagues as well as help other entertainment studios and independent creators find their own approaches in exploring open platforms."

“We saw the immense potential that blockchain and NFTs brought to unlock a new way for football clubs, footballers, and their fans to experience a deeper connection with each other. We are thrilled by the success we have seen so far, but this is just the beginning. We believe this is a huge opportunity to create the next sports entertainment giant, bringing Sorare to more football fans and organisations, and to introduce the same proven model to other sports and sports fans worldwide.”

To add to the ‘competition complexity’ it appears that both companies have struck deals with football league La Liga in relation to future content creation.

From June 2022, Dapper Labs will make dynamic video-based moments from all of LaLiga’s clubs including Real Madrid, FC Barcelona, and Valencia FC available on Flow blockchain.

In addition, Dapper Labs has also announced a deal struck with the American National Football League (NFL) and looks set to add great NFL moments to their suite of NFTs.

Watching these NFT giants battle it out for market share while their valuations skyrocket will certainly be interesting.

One thing for certain is that investors are paying attention to the next generation’s extensive appetite for NFT consumerism.

And not just for sports.

As reported by CNBC, Pitchbook reported $19 billion being invested in crypto and blockchain startups. 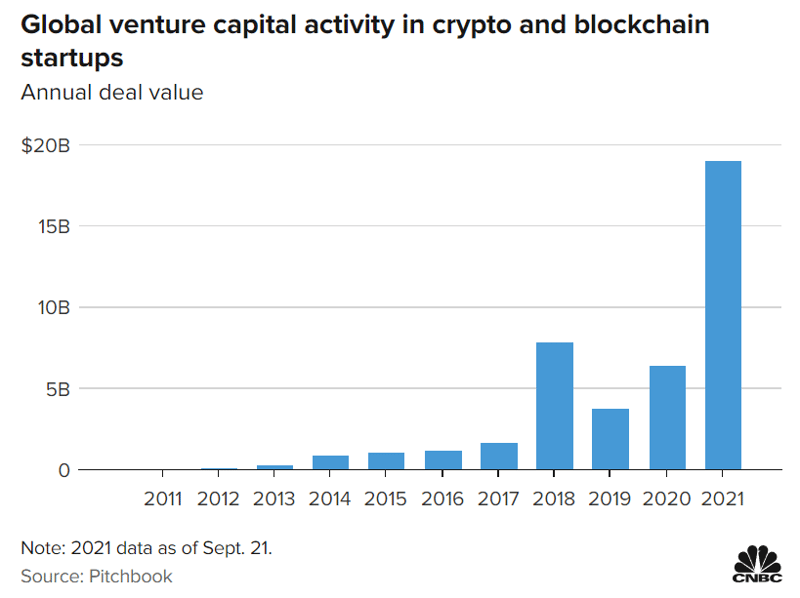 NFTs are proving to be the key to - finally - bringing blockchain technology to the masses. And it’s a market that we, as Gravity, have been building towards!

As announced at our Gravity iOS app launch, CEO Michael Hudson explained that while we “needed to do the boring stuff first, by setting up the banking-like infrastructure”, the bigger picture is now starting to emerge as he revealed the designs - and differences - in the NFT marketplace we will launch.

A crucial differentiator will be leveraging the Bitcoin Satoshi Vision (BSV) blockchain. Compared to the likes of OpenSea and Rarible, where minting NFTs can cost anywhere between $60 and $600, NFTs minted on the Gravity marketplace will cost between $0.02 and $0.05. This, in itself, opens the NFT market up to a far larger range of artists and creators. In addition, he hinted at a GravityID solution, referring to it as your ‘digital black box’ where you can store and manage your property and data, without having to move from channel to channel.