How (S)Low Can You Go? Why BTC Sucks as Cash!

Eleven years after its inception, Bitcoin Core (BTC) functions nowhere near its promise of being peer-to-peer electronic cash.

“A peer-to-peer version of electronic cash ...” - These were the opening words of the 2008 Satoshi Nakamoto Bitcoin Whitepaper describing the technology’s intention.

And yet, when we look at the qualities of cash compared to the initial release of Bitcoin, being Bitcoin Core, or BTC, there’s much to be desired. Plagued by slow transaction times and exorbitant fees, BTC isn’t exactly exhibiting any of the characteristics of cash.

Cash transactions are convenient in that they’re instant and - generally - don’t come at much of a cost. Especially when in their physical form and handed directly from one person to another. Unless the giver decides to do a grab-and-dash (don’t laugh, I’m from South Africa - these things happen!), the receiver can be assured that once in their hands, the money is theirs.

So let’s dig into some data around these key factors of speed and fees when it comes to Bitcoin Core, shall we?

It’s commonly understood that new blocks are added to the blockchain approximately every 10 minutes. What some fail to realise is that this doesn’t necessarily mean that your BTC transaction will be included in that block!

When you initiate a BTC transaction, it heads off to a place called the mempool. Think of it as a ‘waiting room’ for transactions ready to be processed and added to the block. But because BTC has a block size limit of 1MB of data, a block only has the capacity to include around 2,000 transactions, give or take a few 100, as the below chart confirms. 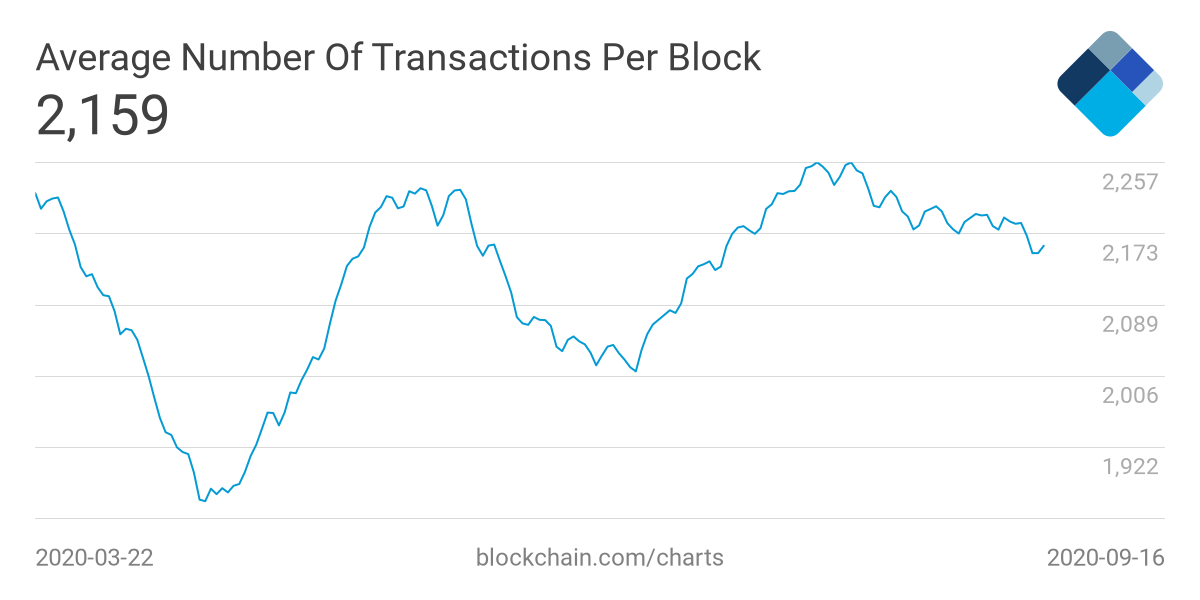 Therefore, the size of the mempool is going to give us an indication of how backlogged BTC transactions are. The chart below shows that the 30 days average for the last 6 months is around 21,000,000 bytes or 21MB. That means about 21 blocks worth of transactions are hanging around, waiting to be confirmed and added to the blockchain. (Meanwhile, an average of 3.5 more transactions is STILL being added to the mempool every second too!) 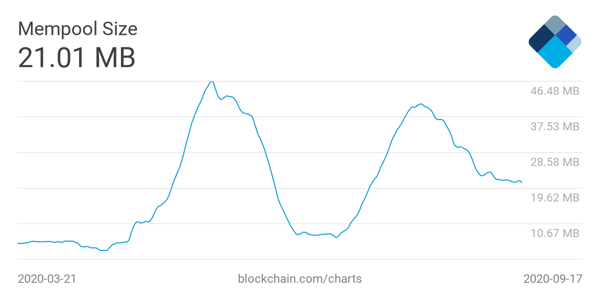 So, now a somewhat different time frame starts to emerge. In fact, the time taken (in minutes) to receive a single confirmation on a BTC transaction, looks more like this: 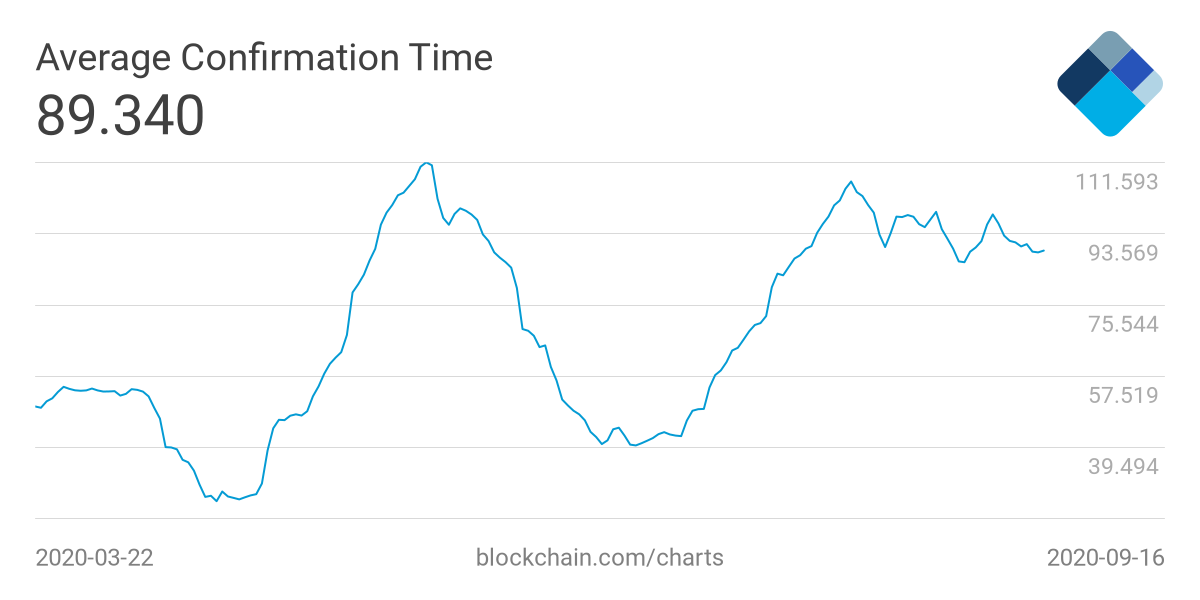 If you’re using BTC as cash, as a means of exchange, it’s highly likely that the recipient is going to want more than just a single confirmation to prove that the transaction has been added to the blockchain, and is, therefore, not able to be reversed or changed.

Typically, this is around 3 to 6 confirmations for nominal to average valued transactions, each taking around 10 minutes. That average confirmation time of 89 minutes starts ticking closer to the 110 - 130 minutes mark, depending on the merchant or receiver’s preferred number of confirmations. Not exactly smashing that core quality of speed of transfer when it comes to cash, is it?

And then we get to the real sucker punch—the cost of a BTC transaction.

If the lack of speedy processing isn’t enough to cripple BTC as a cash payment, then its fees certainly are! When we transact in cash, for the most part, there’s little to no cost to do so. An ATM or bank may charge you a fee to withdraw cash, but some are fee-free too.

Not on BTC though.

Nope, here you’re paying an average fee of $3.50 for a transaction. 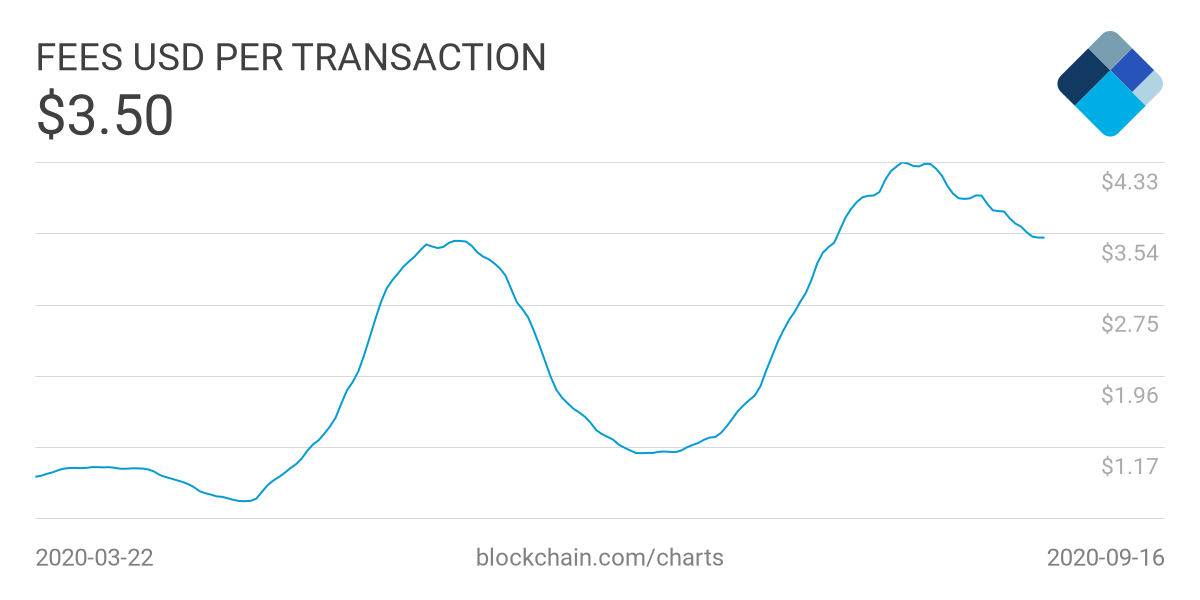 But now bear in mind, that this is an average of all fees.

Here, we’ll want to consider the best satoshi/byte rate for the probability of being added in the next block. A satoshi is the smallest denomination of a bitcoin token, expressed as 0.0000001. The amount of data in your transaction will determine the overall size, measured in bytes.

At the time of writing, the recommended rate for the greatest chance of being added into the next block on BTC is 143 sat/b. An average bitcoin transaction is around 250 bytes, so this roughly equates to $3.64. At times of high demand, paying even the suggested fee does not guarantee you a place, due to the limited space for transactions. You may find yourself waiting hours if not days for your transaction to confirm while everyone ups their fee to outbid you. Not ideal when you’re standing in a shop waiting for pay for your £1.50 morning espresso fix now is it?

Another aspect to consider here is that the person receiving the BTC, to use it themselves, will have to pay hefty fees on their forwarding transactions. Essentially the amount you sent them in the first place is further devalued as a result.

Thankfully, today we have the true potential of that 2008 Bitcoin whitepaper alive and well in the form of Bitcoin Satoshi Vision, or BSV. By removing the block size limit entirely in February 2020, the developers leave the miners to determine the maximum size of the blocks they’d accept. In doing so, they’ve enabled the infinite scaling of the network.

In fact, with no block size in place, BSV can cope with more than 10,000 transactions per second, leaving even the VISA payment network’s capacity of 2,000 per second in the dust. This also means that if the processing time slowed down for any reason, the backlog of transactions (in the mempool) could be cleared with the next block confirmation.

Combine the above with the comparably minuscule transaction fees of about 1 satoshi/byte, (about a fraction of a penny), and it’s clear that BSV is compelling as the “peer-to-peer electronic cash” as described by Satoshi Nakamoto.

This is a project we firmly support as the node implementation of Bitcoin that delivers. Not only a feasible alternative payment system but also as a technology that takes utility way beyond a monetary application too.