BSV is capable of massive scaling and preserving economic incentives for miners.

Small block supporters (aka Bitcoin Core camp) must be scratching their heads as Bitcoin SV continues to surge ahead with massive blocks capable of handling thousands of transactions.

But what’s so significant about these blocks? Why’s this even newsworthy?

It comes down to the business of mining and the sustainability of profitability once the block mining reward is exhausted. At the moment, miners earn 6.25 BSV per block mined, but that reward halves at every 210,000 blocks or roughly four years. Once the total supply of 21,000,000 BSV is in circulation, the mining reward falls away, and miners will need transaction fees to remain profitable.

Supporters of BTC will tell you that the solution is to keep block sizes small and have high transaction fees to subsidise the miners. But this approach means adoption remains stifled, and BTC isn’t feasible to use as a payment method, let alone offer any viable utility.

BSV, on the other hand, offers nominal fees for transactions yet can process thousands of transactions per second, rivaling even VISA. 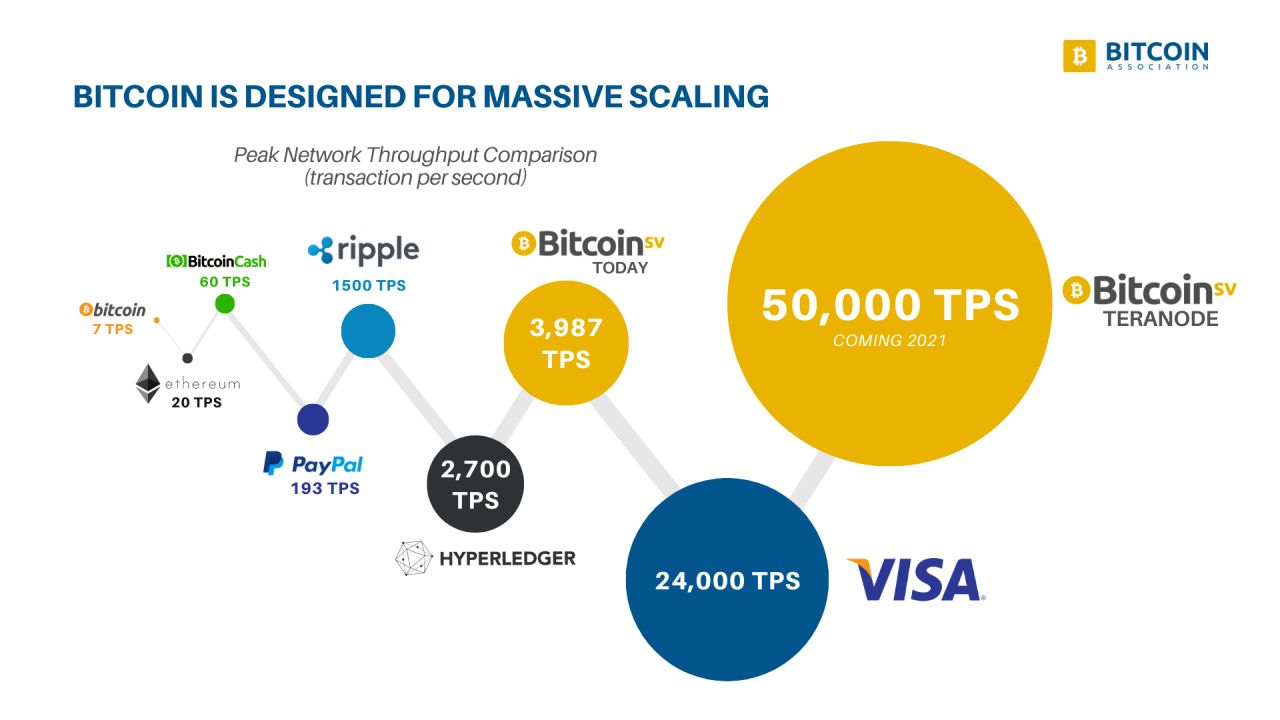 This is the vision of Terranode. The ability to handle 50k + transactions per second, keeping the economic incentive of Bitcoin intact, and thus, securing the future of the network.

BSV does not scale.

To the small blockers and the likes of Ethereum creator Vitalik Buterin, I’m afraid we have to say, “BSV does scale. And very much so at that!”